GISS May global temperature down by 0.01°C from April.

I should mention a difficulty with this month's results, which is part of a recent pattern. GHCNV4 has at least 10000 stations reporting eventually each month, and a large number now arrive within the first few days. I have set a threshold of 8500 for reporting.

However, recently the progress has not been monotonic. It passed the threshold on 5 July, then slipped back to 8162, then up to 8565 on 7 July, then back again to around 8200, where it has remained. I haven't analysed to see what stations are involved. I don't know if this is a problem for GISS or not. The fluctuation in the average is only a few hundredths, so I expect that when it does settle down, it won't be far from the figure I posted on the 7th.

I should mention too that I have found that the version of TempLS FEM that I announced here has needed some tweaking. As I said then, a key feature of most of my infilling now is that I add to the process for filling cells that have data a Laplace operator, with a small coefficient that ensures that averaging is used to infill. I had however make the coefficient too small, so there were instabilities. These did not affect the average much, but were evident in the graphics. I have fixed that for this comparison below, and for the currently posted FEM averages.

As usual here, I will compare the GISS and earlier TempLS plots below the jump. 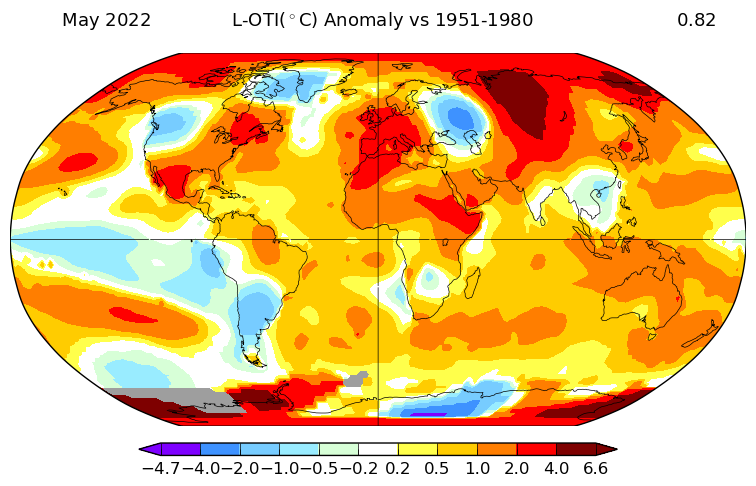 And here is the TempLS V4 FEM-based plot 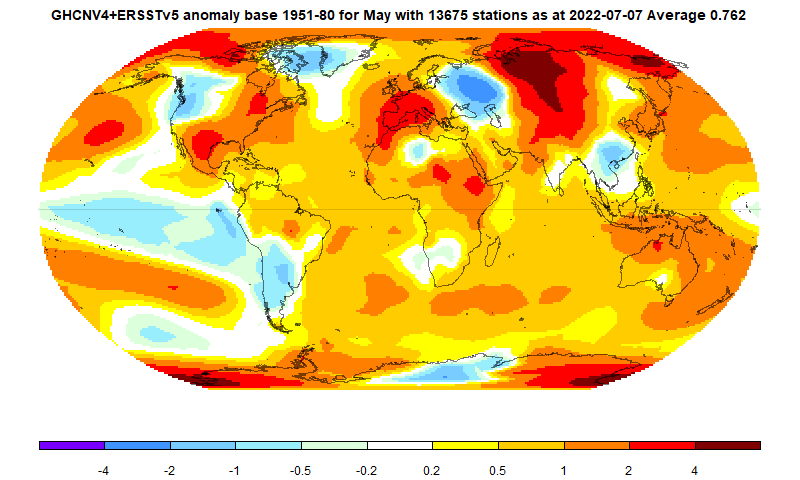 This post is part of a series that has now run for seven years. The GISS data completes the month cycle, and is compared with the TempLS result and map. GISS lists its reports here, and I post the monthly averages here.
The TempLS mesh data is reported here, and the recent history of monthly readings is here. Unadjusted GHCN is normally used, but if you click the TempLS button there, it will show data with adjusted, and also with different integration methods. There is an interactive graph using 1981-2010 base period here which you can use to show different periods, or compare with other indices. There is a general guide to TempLS here.