The necessity of TOBS

Recently there has been more said on USHCN adjustments. My recent post on a Steven Goddard plot posted at WUWT produced a response, which conceded the plot was wrong, but Anthony said, defensively,
" The one thing common to all of it though is that it cools the past, and many people don’t see that as a justifiable or even an honest adjustment."

I've previously written in defence of TOBS, as an adjustment which is not only justifiable but necessary. The information requiring it is staring analysts in the face, and they would be negligent to ignore it. I showed a hourly analysis at Ft Collins, Colo, of the effect of the TOBS bias.

But recently, Steven Mosher reminded that the much-loved (by sceptics) John Daly site had posted a much more comprehensive survey, by Jerry Brennan in November 2005. The analysis is here, and his summary datafile, which I will use, is here (text, 29kb), which also identifies the stations.

There are other extensive results files there too, but unfortunately, it's all a jumble of numbers. AFAIK, no graphics. So I thought I would provide some. Below is a histogram of the effect of changing TOB from 5pm to 9am for each of the 190 stations considered by Jerry, and of subsequent changes to midnight (standard). There is also a table from the original paper by Karl et el, 1986, which showed that over the years in the US, about 30% of stations made such a change to 1986. Many more stations would have changed to effectively midnight reporting when MMTS came in. Ther mean effect of the change is 0.66°C cooling. It is no surprise that USHCN adjustments have the effect of "cooling the past".

In the original Karl et el, 1986 paper, there is the following table showing what changes had been made to observing times: 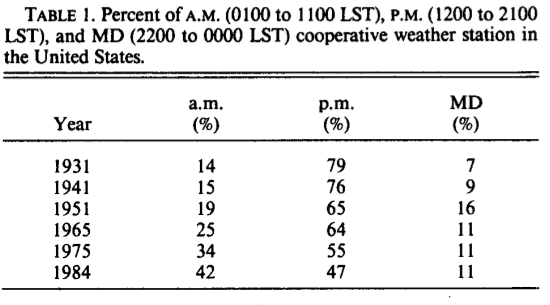 Vose et al 2005 give this updated plot, showing that the change has gone well towards completion: 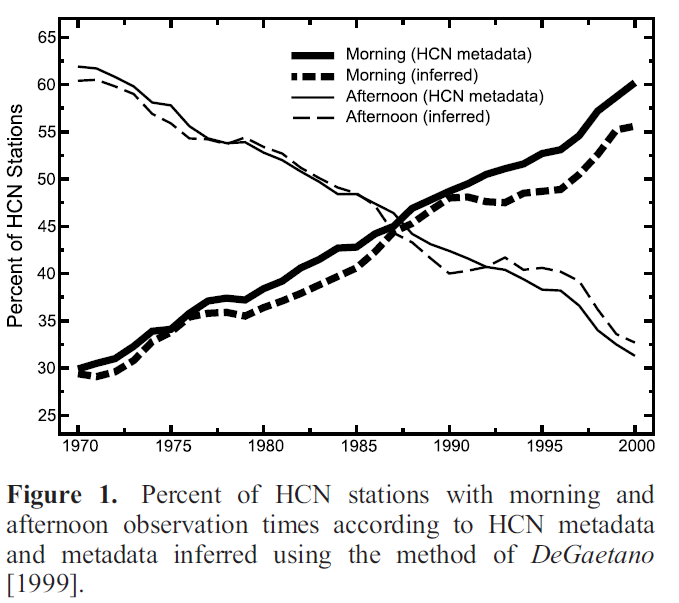 Because evening TOB has a warm bias, through double counting very warm afternoons, the change to 9am has a cooling effect. Here is a histogram of the putative effects for the 190 stations of changing from 5pm observing time to 9am. Positive effect indicates (in °C) the bias that has to be subtracted from temperatures before the change. 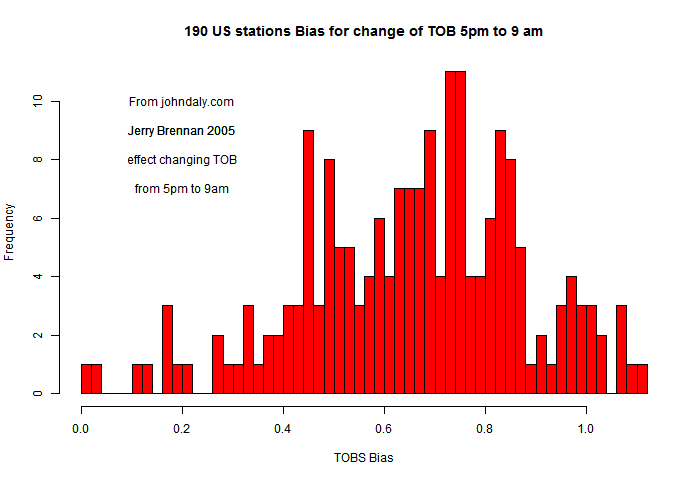 The standard setting is midnight, which some stations already observed, and which would become the setting after MMTS conversion. So here is the required adjustment (in °C) for changing from 5pm to midnight: 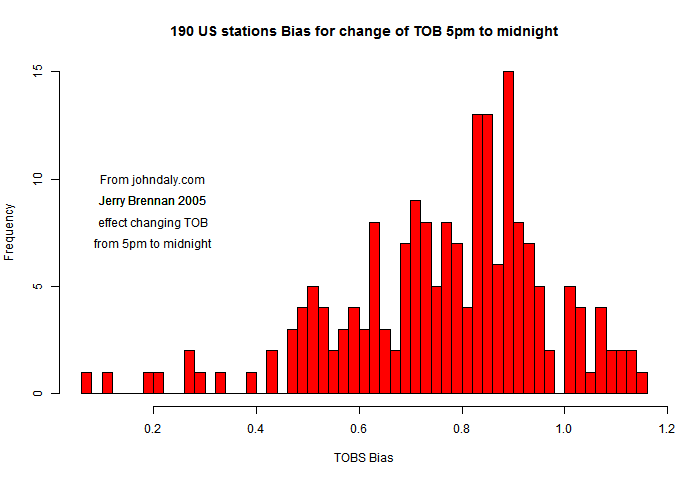 In fact, midnight mostly has a slightly greater cool bias than 9am. This can be seen in the plot of change to midnight from 9am: 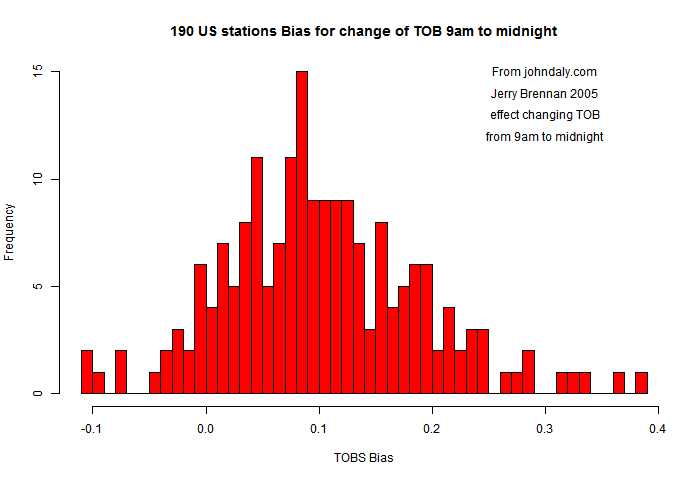 These are large changes, which don't of course apply in full to all stations. A small number were already using midnight. The rest will mostly need some kind of TOBS adjustment, which will "cool the past". But on the evidence, there's no choice.